The Participation Programme functions as a vital complement to UNESCO’s regular activities by analysing, evaluating and facilitating the implementation of national, sub-regional, inter-regional and regional projects submitted by Member States and NGOs directly related to the activities of the Organization.

The 40th session of the General Conference, decided that for the 2020-2021 biennium the total value of the assistance provided for each request should not be in excess of:

The percentage of the total amount approved for the Participation Programme for 2020-2021 should not exceed: 7% for Emergency Assistance, 5% for Non-Governmental Organizations (NGOs) and 3% for regional activities.

During his introduction of the 9 C/5, in 1957, the Director-General of UNESCO at the time, Luther Evans, stated his belief that many of UNESCO’s initiatives in the field of special activities should “… cross over to the Participation Programme...” It was during the first Biennium of 1957-1958 that the term “Participation Programme” was used for the first time in UNESCO’s Programme and Budget.

The basic legal, technical, administrative and financial text establishing the Participation Programme is to be found in 10 C/Resolution 7.31 adopted by the General Conference at its 11th session (14 November-15 December 1960), which was improved and expanded at its 12th session (9 November-12 December 1962, 12 C/Resolution 7.B.21). UNESCO’s membership then stood at 109. In the early 1960s, the accession to independence of a large number of former colonies may have been a factor in the establishment of this programme.

Resolution 12 C/7.21 had the merit of laying down in specific terms the basic principles of the Participation Programme together with the criteria, eligibility conditions and relevant procedure. This basic text adopted in 1962 was improved and expanded at subsequent sessions of the General Conference, in particular in 1976, 1980, 1997, 2003, 2005, 2013 and 2015.

The participation Programme is in no way a substitute for the regular programme; it is to be seen as rather complementing it by enabling Member States to carry out important projects, particularly in the organisation’s main areas of competence. Through this programme UNESCO aims to:

For each biennium, after the definite adoption of the programme and budget, a Circular Letter is issued and sent out by the Director General to Ministers responsible for relations with UNESCO, National Commissions and Permanent Delegations, inviting them to submit online their requests under the title of the Participation Programme. (Please view Circular Letter CL/4301 for 2020-2021).

The deadlines set for the submission of requests are 28 February 2020 for African countries, least developed countries (LDCs) and Small Island developing states (SIDS), and 31 May 2020 for all other eligible countries and non-governmental organizations in official partnership with UNESCO.

Non-Governmental Organizations in official partnership with UNESCO may submit up to 2 requests under the Participation Programme for projects with subregional, regional or interregional impact, provided that their request is supported by at least the Member State where the project will be implemented and another Member State concerned by the request. In the absence of supporting letters, none of these requests may be considered. These requests must be numbered in order of priority from 1 to 2.

The different types of assistance that can be requested under the Participation Programme are as follows:

With the aim of strengthening regional cooperation, a new resolution was adopted by the General Conference at it 32nd session (resolution 32/C) for activities of regional character.

For activities of a regional character, each region (Africa, Arab States, Asia and the Pacific, Europe, Latin America and the Caribbean) may submit two requests in amount not exceeding $38,000, each presented by one Member State.

Since the 1990-1991 biennium, UNESCO has granted emergency assistance through the Participation Programme to its Member States by providing aid in its field of competence.
The idea of emergency assistance was dealt with for the first time in 25 C/Resolution 15.3, paragraph 7, adopted by the General Conference at its 25th session (November 1980). That resolution, while listing the various forms of participation, stipulates that emergency assistance may be provided by applying “adequately flexible and expeditious procedures, for meeting exceptional situations ...” in the Organization’s fields of competence.

Emergency assistance may be accorded by UNESCO when there are insurmountable circumstances nationwide (earthquakes, storms, cyclones, hurricanes, tornadoes, typhoons, landslides, volcanic eruptions, fires, droughts, floods or wars, etc.) which have catastrophic consequences for the Member State in the fields of education, science, culture or communication and which it cannot overcome on its own and where multilateral emergency assistance efforts are being undertaken by the international community or the United Nations system.

The assistance only begins once the threat to life has been overcome and the physical priorities have been met (food, clothing, shelter and medical assistance).
Emergency assistance in cash or kind cannot exceed US$50,000 and should be limited to the strict minimum and only provided for assessing the situation and evaluating the basic requirements, providing expertise and helping to identify outside funding sources and extrabudgetary funds. This form of assistance is provided in coordination with other UN agencies.

Memory of the World Register

The Historic 7th March Speech of 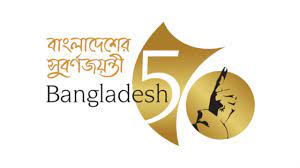